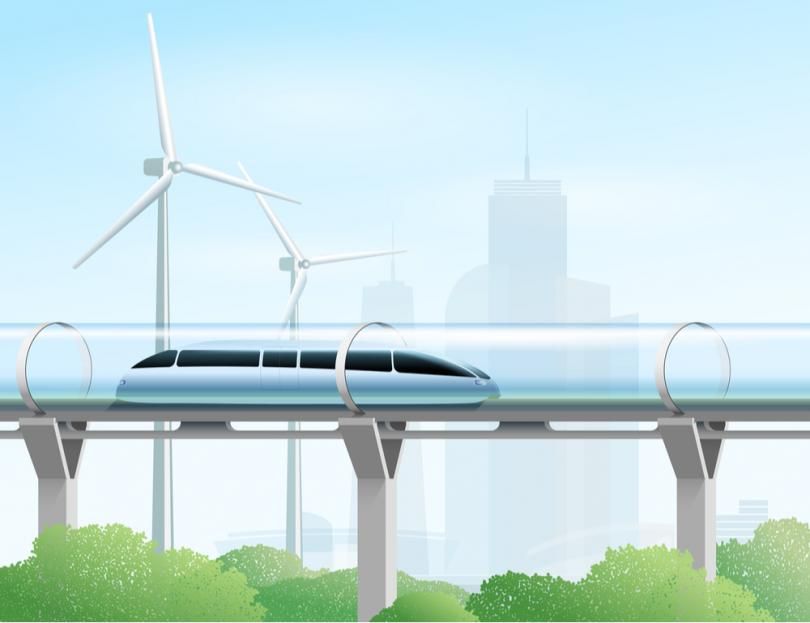 Innovation in transportation technology is at an all time high with creative solutions that help us cross the block, across the country or the world and even in space. Discover some of the most revolutionary modes of transportation below.

Hyperloops are a proposed method of transporting passengers or cargo that uses electric propulsion and low pressure tubes to glide at speeds greater than those of commercial airplanes. Using magnets to propel the passenger tube dramatically reduces the amount of energy and monetary costs required to run the technology. Hyperloops are still in their infancy with top speeds reaching only half of the 750 mph on offer. Yet, they are being tested as viable alternatives to traditional methods of travel in the near future.

These transport companies have a lot of jobs available at the moment.

Underground transit, popularized by Elon Musk, is exactly what it sounds like; move people or things through vast tunnel systems below the Earth’s surface. Musk’s Boring Company (derived as Musk Sitting in LA Traffic) is an infrastructure and tunnel construction company that builds underground tracks so cars can travel at higher speeds and with less traffic jams. So far, the company has agreed to a project that will connect downtown Chicago traffic to O’hare Airport and a project that will travel from Baltimore to Washington DC. The digging of underground tunnels, although in its early stages, is seen as an interesting concept that has the potential to reduce congestion and the overall environmental effects of current car travel.

AEROSPACE TRAVEL PUSHES THE FRONTIERS OF TRANSPORT TECHNOLOGY AND HAS LEAD TO MASSIVE BREAKTHROUGH IN THE FIELD.

The most popular transportation technology right now is aerospace. Companies like SpaceX, Blue Origin and Virgin Galactic are fighting to be the first company to offer commercial space flights. That’s right, you don’t have to be a NASA astronaut anymore to live your childhood dream of flying in space.

The rise of commercial spaceflight has resulted in a series of incredible technological advancements, including the use of reusable rocket boosters (demonstrated in the video above). Originally, rockets lost their boosters about 2 minutes after takeoff. These boosters were single-use and would fall back to earth in a flaming heap. SpaceX has designed boosters that propel themselves gently towards Earth with excellent precision. The reuse of these rockets is a success in economical travel technology which now opens spaceflight to civilians (although extremely wealthy civilians at present). Additionally, LA-based Relativity Space is even 3D printing of rockets.

The new age “space race” pushes transportation technology to its limits and produces some of the most impressive technologies we see today. This cuts the initial costs of spaceflight from $ 500 billion to around $ 60 million per flight and allows us to imagine future life on the moon, Mars and beyond.

The battle for autonomous vehicles is also intensifying with virtually all of the major automakers and startups vying to create the first mass-produced wave of autonomous vehicles. Imagine getting in your car, typing in an address, sitting down, and letting a car take you to your end point without you having to touch the steering wheel or stress about traffic. It was an unattainable dream for decades. Now it is becoming a reality.

Companies like Google, Waymo, Uber, Tesla, and Ford are all developing machine learning, AI, and deep learning platforms that help cars calculate their surroundings in real time and act on them. These vehicles log millions of data points every second using a variety of sensors, software and GPS. Sensors constantly monitor the environment (such as people crossing roads, surrounding vehicles, and animals rushing through traffic) and perform split-second calculations on how to respond safely and efficiently. Plus, GPS monitors routes to find the fastest route to a destination, upcoming accidents, or bottlenecks that can be bypassed.

The biggest hurdle in autonomous vehicles right now is safety. There are an endless number of scenarios that occur on the road. How can a car respond to everyone like a rational human would? Every automaker and startup trains these cars to drive safely and with the same logic as a human being. Although in their early days, autonomous vehicles made advancements in transportation technology that will have a huge impact on the overall future of our travel.

Instead of relying on a delivery driver or postman to drop the item off at your doorstep, businesses now employ robots that traverse cities and slide on sidewalks to deliver your package right to your door. Amazon and FedEx currently use robots in some cities to deliver packages within a few miles of their fulfillment centers, and Domino’s Pizza uses robots to deliver their pizza orders on time.

Electric vehicles have a huge effect on the way we move, whether in cities or across the country. Tesla and Nissan popularized the electric car, which runs only on battery power to get us where we need to go. Instead of refueling at a gas station, electric vehicles need a battery charge to get back on the road. Today’s most advanced electric vehicles can run from 150 miles to 350 miles on a single charge. These vehicles are fantastic examples of transportation technology because they fundamentally change how vehicles operate and how they are powered.

Electric bikes and scooters (called e-bikes and electric scooters) have become viable travel options for crossing neighborhoods or entire cities. These vehicles offer ease of use and convenience that has not been provided by other modes of last mile transportation. It’s now easier to bypass traffic to get to work or book dinner across town thanks to the green options and benefits offered by scooters and e-bikes.

Smart transportation technology and your quality of life

Monitoring the impact of COVID-19 on school transportation, role of technology in…

Mott appointed Director of Purdue’s School of Aviation and Transportation…