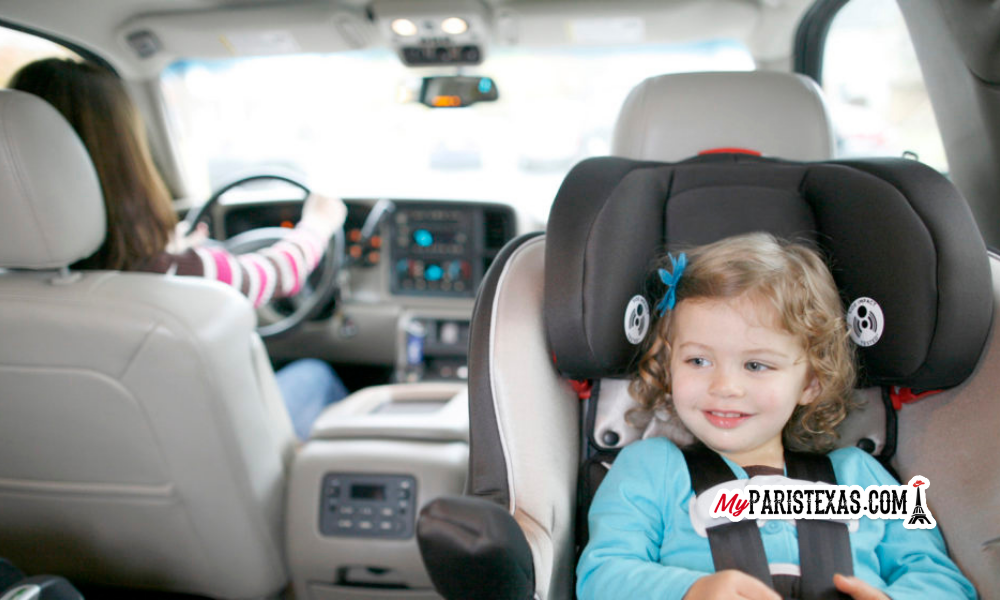 For 35 years, road safety education projects run by the Texas A&M AgriLife Extension Service and supported by the Texas Department of TransportationTxDOT, have helped reduce the number of motor vehicle deaths and injuries in Texas.

Kellner said that to date, TxDOT has provided more than $13.75 million in funding.

“In the last fiscal year alone, we conducted 1,938 child safety seat inspections across Texas, delivering an estimated economic benefit of more than $3.15 million through reduced injuries and associated expenses” , she said. “In addition, 5,335 childcare staff have completed AgriLife Extension online courses on how to transport children safely, and 31,149 people have received training in safe driving practices, including hands-on training through simulated driving experiences.”

“The Passenger Safety Project and Watch UR BAC program was among the first road safety programs to use driving simulators and virtual reality goggles to help educate young people and adults about the dangers of driving with impairment and distraction,” she said.

The main objective of the passenger safety project has been to increase the correct use of child restraints and seat belts. All team members are certified child safety seat technicians and/or instructors.

Kellner said 98% of the more than 37,370 child safety seat inspections conducted since 1999 at AgriLife Extension-led testing events and sponsored fitting stations showed the seats were installed or used incorrectly.

“Not only that, but a statewide survey also shows that 51% of Texas students in grades seven through 12 have consumed alcohol at some point in their lives,” Brooks said. .

To help address these issues, Watch UR BAC was established in 2012 through a TxDOT grant to educate the public, especially young drivers, about the dangers of driving under the influence of alcohol and other drugs. and driving a vehicle with someone under the influence.

Watch UR BAC uses interactive and hands-on tools, including DWI prevention simulators and vision-distorting glasses, and provides educational materials in English and Spanish. Programs can be tailored to meet client needs, with presentations and hands-on activities offered in schools, businesses and community locations.

“We also have a campaign called Drive High, Get a DWI to raise awareness about driving under the influence of drugs,” Brooks said. “The project also includes a motorcycle simulator which is used to demonstrate the effect of impaired driving on those who use this type of transport.

Kovar also leads the Mature Driver program, a collaboration between AgriLife Extension, TxDOT, AARP and CarFit. The program is a free, statewide community education initiative that gives motorists over the age of 55 the tools they need to be safe on the road. He also trained coordinators to promote awareness and safety for drivers over 55 through education and community outreach.

The coalition’s Reality Education for Drivers, or RED, program focuses on a category of high-risk drivers between the ages of 15 and 25. RED is a one-day injury prevention program for young drivers who have been identified by the justice system as engaging in risky or irresponsible driving behavior.

“This may include speeding, failure to use seat belts, possession or consumption of alcohol by underage drivers, or impaired or distracted driving,” said program manager Mary Jo Prince. AgriLife Extension, Bryan-College Station. “The program is also open to non-offenders who want to take proactive steps to raise road safety awareness.”

The main goal of the RED program is to steer young drivers towards safer driving habits and away from possible citations on the road – to drive sober, safely, safely and within speed limits. The class program is designed to help participants change their attitudes about the choices they make, so that they in turn want to change their behaviors when traveling, whether driving or as a passenger.

She noted that since the onset of the pandemic and due to restricted access to participating hospitals, a video tour of CHI St. Joseph’s Regional Health Emergency/Trauma Center and Mortuary, hosted by professional staff from the hospital, was a feature of the class.

The coalition also offers a Hats for Little Heads program, which has educated thousands of area sophomores on the importance of bicycle helmets.

The agency’s traffic safety projects have received national attention and have been recognized by the National Highway Traffic Safety Administration as a traffic safety best practice project.

“We are pleased to have had the opportunity to help improve the lives of Texans through our road safety efforts in cooperation with TxDOT for the past 35 years,” Kellner said. “We look forward to continuing these efforts.”

Guidelines and best practices for how install and use child safety seats correctly and resources for passenger and community safetyincluding the See the UR BAC program is on the AgriLife Extension website.

By Paul Schattenberg with AgriLife today.