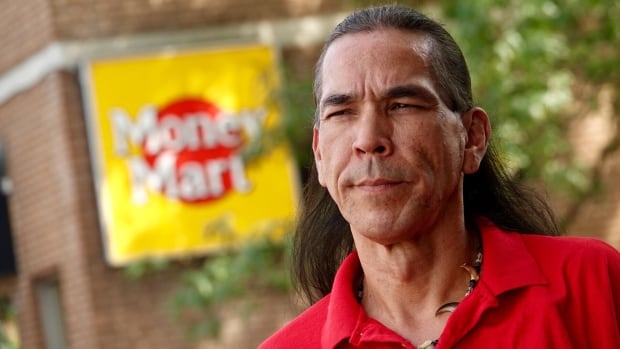 
Robbie McCall’s payday loan nightmare began nine years ago with one simple wish: to give his teenage daughter a special Christmas present.

McCall had started receiving social assistance after health problems forced him to quit his job. A payday loan for a few hundred dollars seemed like a good idea.

But what McCall didn’t fully understand was that the interest on his loan was calculated every two weeks, so every two weeks the amount he owed grew exponentially by 20%.

This translates into an annual interest rate of 546 percent.

Two months later, he took out another payday loan and dug an even deeper hole.

“The second time around, to borrow $ 200, I had to pay back $ 260,” McCall said. Soon he was borrowing from one payday lender to pay off another.

“Almost Impossible” To Get Out Of Loan Debt

After four years, he had loans from four different payday lenders.

“I maximized each of them and still had no money,” McCall said.

“I didn’t have any food in the fridge. I didn’t want to invite people over because I couldn’t afford coffee.”

“Their interest rates are criminal,” McCall said. “Once they hook you up, it’s almost impossible.”

In January 2017, new rules came into effect in Ontario limiting payday lenders to charging $ 18 for every $ 100 borrowed.

And now an Ottawa social service agency has created an alternative payday loan to try and help people like McCall.

It offers small loans at nine percent interest to people who would typically have to rely on payday lenders with much higher rates.

“The need was much greater than expected,” said Doug Pawson, director of social finance at Causeway.

In the past year, Pawson said about 100 people have come for loans, usually for around $ 1,500, but only 13 have been approved.

“When we look at an individual’s budget, we want to make sure that our loan will help them get out of the cycle,” Pawson said.

“If you put people in a situation where they have too much debt, you can do more harm than good.”

McCall said he was among those who applied for the Causeway loan, but was not approved.

After years of budgeting, McCall plans to make his last payment on his payday loans this week, and he vows to never use high-interest payday lenders again.

“I graduated from college. I thought I knew what I was getting myself into,” McCall said. “But it got out of hand so quickly.”