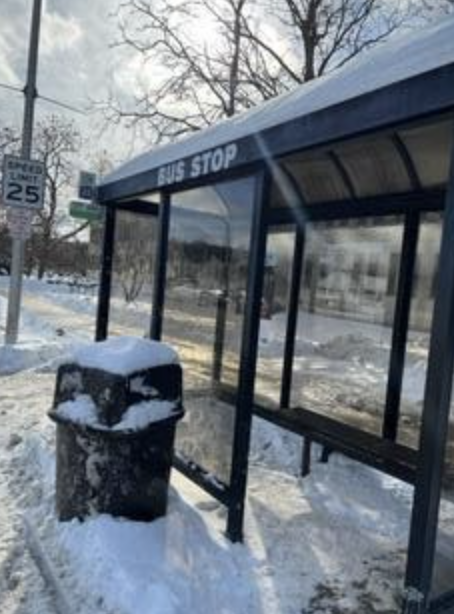 The city of East Lansing declared a state of emergency on Sunday ahead of expected snowfall in central Michigan. Two days later, a winter storm warning was issued by the National Weather Service. The storm continued through Thursday, with accumulations of up to 13.3 inches and winds of up to 15 mph clogging roads.

The amount of accumulated snow in the greater Lansing area was nothing short of a jam. As a result, public transport has also experienced delays.

Major transit services such as CATA have what they call “Safety Routes”. These roads serve as alternate routes. Routine routes may include turns and inclines deemed dangerous in bad weather and heavy snow. Safety routes are used when detours are in effect, which can last for a full day of service.

CATA bus driver Ron DeLeon worked through the storm and said he too had to use safety lanes. “Some of the buses can’t get through the narrow areas where cars go, especially in this weather, so we’re using them instead.”

Students and citizens taking public transportation waited for long periods amid the heavy snowstorm. Buses that typically run every five minutes ran closer to 40-minute intervals. The delays were the result of an earlier transportation reduction plan implemented by Michigan State University in response to the shift to online learning. The snow only made the wait times longer.

“The snowstorm and the slow buses were just another headache for us students,” said Lourdes Knox of Michigan State University.

Other forms of school transportation experienced complete shutdowns due to the storm. Dean Transportation, Michigan’s largest private school carrier, had to halt operations serving public schools in Lansing and surrounding school districts for two days. Decisions not to operate were based on driver and student safety. Factors such as snow depth, temperatures and others were taken into account.

“As the storm moved through central Michigan, 30 of our operations were heavily impacted, even as far as Port Huron,” said Kellie Dean, president and CEO of Dean Transportation. Due to school closures, transportation services no longer had anyone to transport.