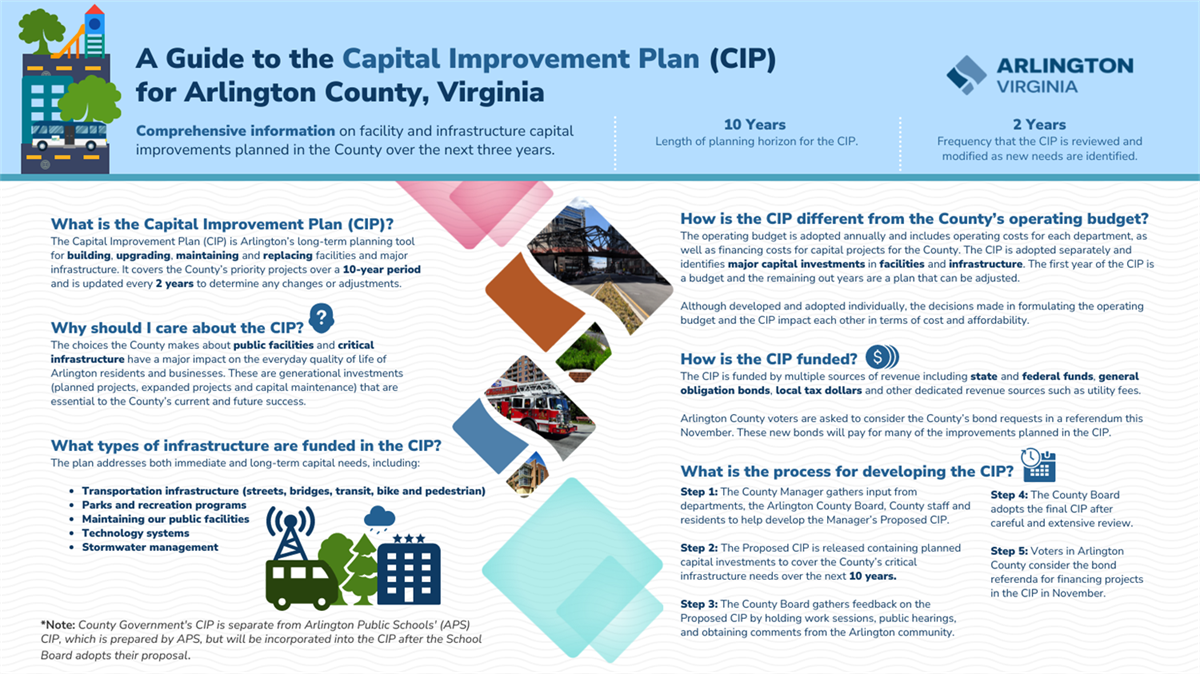 Arlington County Executive Mark Schwartz presented his capital improvement plan (CIP) for the 2023-2032 fiscal year to the Arlington County Board during its recess meeting on Tuesday, May 17. The proposal calls for $3.9 billion in investments for stormwater management and flood response, climate and environment programs, parks, transportation, community infrastructure and more over the next 10 years.

Fiscal 2023-32 CIP reverts to a traditional 10-year plan after a three-year CIP in fiscal 2022-24 and a one-year CIP in fiscal 2021, both adjusted due to the COVID-19 pandemic. Like the fiscal year 2023 operating budget passed last month, the current CIP reflects lessons learned from the pandemic and responds to new demands for services and infrastructure across the county.

“This CIP proposal is intended to meet Arlington County’s current and future capital needs as we emerge from the financial setbacks caused by the COVID-19 pandemic,” Schwartz said. “We want to focus on major planned investments in addition to following through on commitments from previous plans to benefit county residents and businesses over the long term.”

More than 2,400 Arlington residents provided information on their priority areas for major CIP infrastructure investments between February and March 2022, which helped inform key projects to include in the proposal.

In his proposal, the County Manager seeks $342.5 million new obligations to pay for many of the improvements provided for in the PIC. The bond application will go to Arlington County voters in a referendum in the upcoming November election, pending county council review and approval. It is proposed to include the following elements in referendums:

Arlington Public Schools is also seeking voter input on its proposed new $165.2 million bond to support school maintenance as well as ongoing and new projects over the next decade. For more information, see the $388.2 million CIP proposed by the Superintendent.

Ahead of the CIP business sessions, a new interactive map of the 2023-2032 fiscal year Capital Improvement Plan (CIP) projects will be available on the county’s CIP page to track projects across the county.

The public will have several ways to learn more and provide feedback on the county executive’s proposed CIP for fiscal years 2023 and 2032 before council passes it in July. Agendas and specific topics are still being developed and are subject to change.

See the full schedule of key dates with links to more information on the county website. 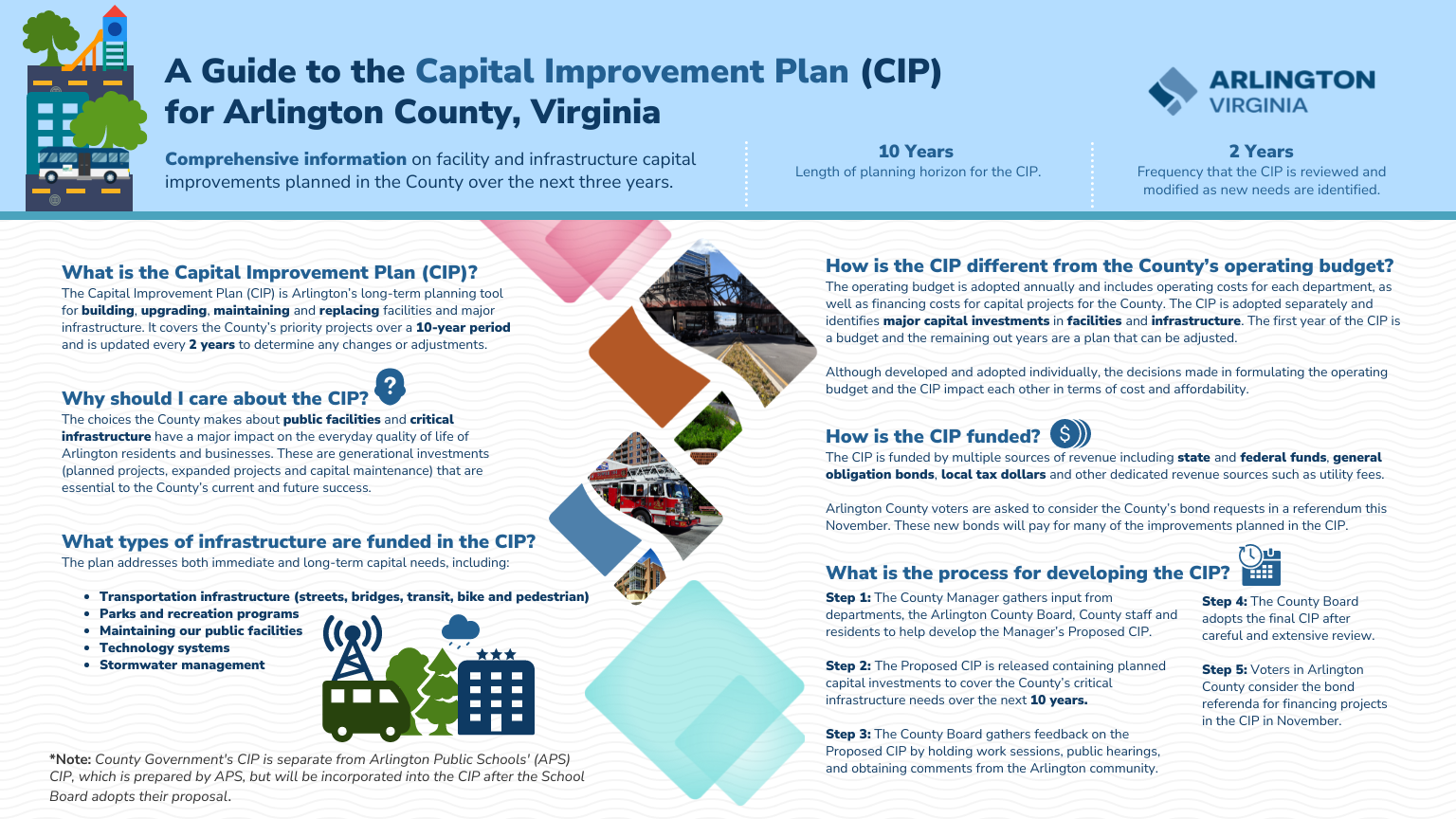