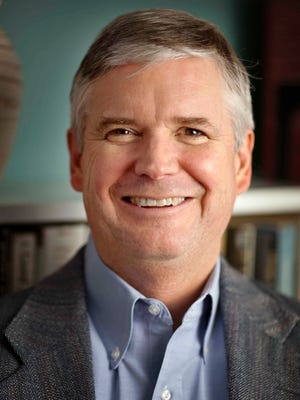 Meridiam plans to build a broadband network in Bloomington that will reach at least 85% of homes. The Census Bureau reports that 85% of households here already have high-speed internet access. Has Meridiam committed to reaching the 15% of residents currently unserved by existing ISPs? Meridiam will offer “qualified” households limited speeds for $30 per month, which may be paid for by the FCC’s Affordable Connectivity Program. This program is already available through AT&T and Comcast. Explain how the deal with Meridiam advances digital equity.

Meridiam has committed to reaching at least 85% of Bloomington households and will likely exceed that minimum. Importantly, Meridiam is committed to bringing fiber to the premises (FTTP), in which fiber is routed directly to residences. This is very different from how the census measures broadband access, which includes anywhere within a census block, not everywhere within a census block. Additionally, “broadband” is defined by the FCC as at least 25 megabits per second (Mbps) download and 3 Mbps upload.

Bloomington needs better than this for work, education, communication, civic engagement, and a myriad of other uses. Meridiam’s network is end-to-end fiber and will support speeds of 1 gigabit per second and equal upload and download speeds wherever it reaches. Our goal is for everyone to have access to an open, high-speed fiber optic network.

Meridiam’s Digital Equity (DE) commitment, supported by the City, is to provide 250 Mbps top-to-bottom service to all income-eligible residents at no net charge. The city’s digital equity program with Meridiam is a better deal than pretty much anywhere in the US that we know of. Joanne Hovis, CEO of Coalition for Local Internet Choice, recently noted, “Bloomington has developed one of the most innovative public-private broadband collaborations in the country, a model for other cities…low-income households in Bloomington will now have access to the best digital equity product in the country.

Meridiam and the City are collaborating to provide free “drops” to connect eligible homes to the fiber network. After adding the federal subsidy from the FCC’s Affordable Connectivity Program, this 250 Mbps net zero cost service far exceeds the current service available in the area today.

Meridiam is also committed to broader eligibility than other broadband providers in Bloomington and plans to support a DE coordinator to help low-income residents participate in the program. We want everyone in our community to have world-class Internet service, regardless of income. Meridiam shares this objective. Digital equity is about full participation in society and it means more than access, but it starts with access – affordable access at viable connection speeds. Bloomington’s deal with Meridiam creates access and in doing so further bridges the digital divide and further demonstrates democracy. You can find out more by visiting the City’s FAQ page at bloomington.in.gov/news/2022/05/13/5180.

The city continues to tweak its bus service to make it more efficient and convenient, while addressing limited funds and driver burnout. What is the vision for the future of public transportation in Bloomington and how will our city get there?

The vision for the future of public transport is to meet the mobility needs of the community, with safe and efficient public transport services that are integrated into the community. Bloomington Transit (BT) is developing a strategic plan that recognizes the growth of the city and the need for BT to position itself to become an increasingly important part of the social and economic engine that improves lives and provides great mobility choices. for all residents of the community.

As a community, we want to continue to build on the great success of BT, which has the highest ridership per capita in the state. We want to make public transit convenient, accessible and fast for residents. Public transit is essential, and increasing public transit ridership is an important tool to reduce greenhouse gas emissions.

This was one of my priorities when I asked the city council to increase the local income tax (LIT), with part of the new income being allocated to climate change preparedness and transport investment in common. These measures include adding Sunday services and establishing an east-west express transit line, which will serve high-density residential areas and provide increased access to workplaces and other locations. keys. Additionally, ILS funding will be used to improve equity for people who cannot access traditional fixed routes by providing paratransit and microtransit options. Other notable plans include increasing the frequency of weekday service, piloting a Park & ​​Ride program from Bloomington Transit, and subsidizing ridership for low-income riders.

Bloomington recovered (bloomington.in.gov/recoverforward) of the pandemic and subsequent economic collapse while carefully considering issues of justice and equity. To these ends, BT driver wages for new and veteran drivers have been increased in 2021. Paying better wages to drivers should reduce overtime and turnover, thereby reducing burnout.

The City will continue to work with Bloomington Transit while looking for innovations in other communities and innovative ideas within ours to determine how to continue to improve transit in the City.

Mayor’s Corner is a monthly feature in which Bloomington Mayor John Hamilton answers questions about the city. If you have a question for the mayor, email your question to [email protected]