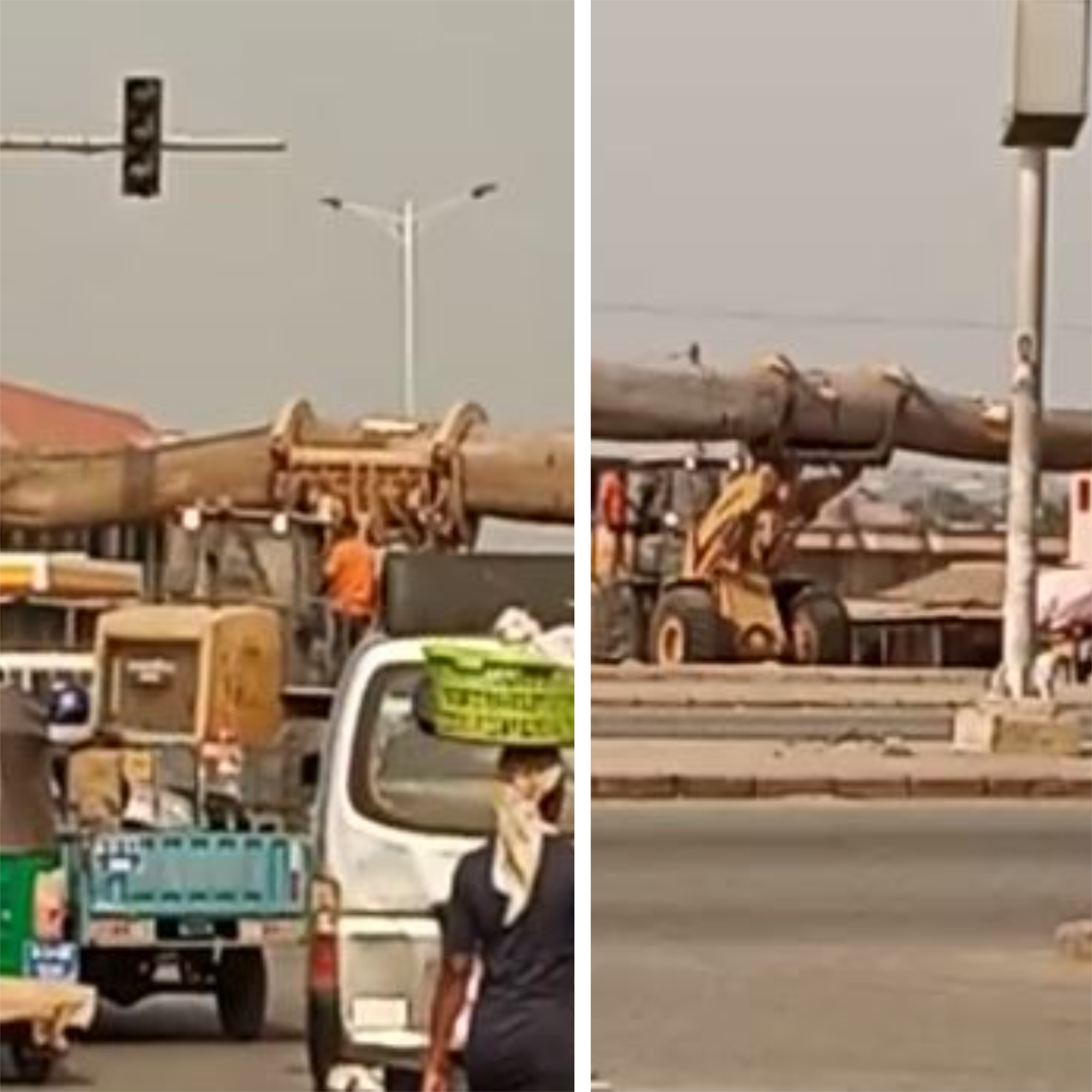 3 arrested for ‘dangerous’ transportation of huge log in Ejisu

Three people have been arrested for dangerously transporting a huge log in Ejisu township in the Ashanti region.

The region’s chief municipal executive, Samuel Oduro Frimpong, said he was working with the Ghana Police Service to ensure that all others responsible for the incident were brought to justice.

“We were able to arrest three of the people involved. The business owner, a Chinese, the truck driver and the loader driver are to serve as a deterrent to others,” he said on Wednesday.

This, he believes, will serve as a deterrent to others.

Some townspeople are incensed by a chilling scene of a heavy lifting machine which was seen carrying timber at a busy junction on the Ejisu-Kumasi highway on Tuesday, January 25.

The log lifting machine posed a hazard to commuters, including students on a school bus, as the driver maneuvered in an attempt to haul the log.

Shopkeepers and motorists panicked at the scene.

According to local residents, a truck transporting wood had a burst tire which required the unloading of the logs on another truck.

The process became bizarre when a heavy lifting machine attempted to lift a log from one end of the road to the other.

Traders and commuters panicked as the log hauling machine rolled along the busy intersection.

But speaking on Accra-based Citi FM, the MCE explained that “instead of getting the timber down from the disabled vehicle, the loader took one of the timbers and tried to transport it using the main road Accra-Kumasi, encountering oncoming cars. and winding through to send the wood.

He added: “I have asked the commander to ensure that a report is brought to my office and to ensure that all those involved in this dangerous act are apprehended and dealt with.”

Wednesday’s incident was alarming for residents and commuters.

“What happened could be disastrous; the government must call them to order, they cannot continue to use old trucks to transport logs,” he said.